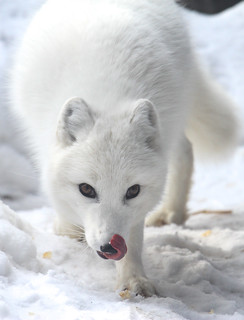 (Image by Unknown Owner)   Details   DMCA
I'm doing some exploration, looking for the connection between hierarchy, domination, predators and top-down systems, cultures and biosystems.
When I say predators, it's pretty obvious when you think of lions and tigers, wolves crocodiles, eagles, sharks and piranha. But then we also have psychopaths, sociopaths and narcissists.
The latter group of humans is generally known to lack empathy, to be charismatic, charming, very effective at manipulating others, and to have as a prime motivator, the goal of dominating and controlling others, often, in the process, demeaning them and making them feel bad, often exploiting them. The FBI reports that they cost the USA almost $500 billion dollars a year, in terms of prisons, the judicial system and known damages done. And that's the tip of the iceberg.
When this group operates in organizational, corporate or political settings the damage they do has barely been calculated, though some research has shown that corporations with psychopath managers are less profitable.  I believe that the damage to our culture, social and ecological justice and to the planet and to individuals is massive.  Yet, outrageously, it's been estimated that the budget for research on psychopaths is under $20 million a year.
I've come to believe that we need to engage in a major project, on the scale of the Manhattan and Apollo projects, to study e tiology, neuroscience, identification and prevention of hurt and damage by these predators. (I'm going to refer to the group-- psychopaths, sociopaths and narcissists-- as predators.)

While my interest in sociopaths began several years ago, it really took off last year. I've also been thinking about, writing about and interviewing about what I believe is a bottom-up revolution-- a transition from top-down culture to bottom-up culture, catalyzed by the internet and smart phone technologies.  Bottom-up cultures and behaviors are non-hierarchical, decentralized, interdependent, cooperative, participatory, egalitarian, many-to-many, diverse, non-linear, anti-fragile and grassroots, to name a few of the aspects.
Recently, some of my readings have begun to tie together psychopathy/socopathy/narcissism, predation, domination, hierarchy, patriarchy, power over and many models of civilization.
It has raised a number of questions for me.
Are humans predators? Is predation a natural part of being human? What do we know about the evolutional aspects of predatory behavior in humans? it seems that civilization moved humans from predation to farming and domestication-- from hunting wild creatures to harvesting dominated creatures.
Where does domination fit in, evolutionally? We've learned that even domination in packs of dogs and herds of horses is more complex, that it is not always or even often the rule of the the strongest. And even among carnivorous predators, how many of the ones closest related to us-- the mammalian ones-- actually prey upon their own?
One researcher did a study showing that narcissistic men (75% of narcissists are men) tend to be more abusive to women. The article reporting the study noted that male narcissism is associated with patriarchy:

...based on the "agency model" of narcissism, narcissists are more agentic (individualistically-oriented, self promoting) than communal (interdependentl-oriented) (Hedgeson 1994)

... many cultures gender scripts masculine prescribe that men be agentic-- pursuing self-benefiting goals such as amassing status, power and competence, while devaluing, as being "feminine," communal goals such as joining with others to build and nurture emotionally intimate relationships.

Keep in mind, I'm kind of throwing some random info I've found at you  here, hoping you'll add new light, bring your perspectives and angles to the party.

Leonard Shlain wrote the book, Alphabet and the Goddess, discussing the theory, also described by Walter Ong,  that the invention of the written word led to a massive change in culture in which women lost power and male, patriarchal power became ascendant. Shlain attributed the change in power to a change in the way people think and perceive catalyzed by the linear thinking that the written word encourages.

I'm curious if there is any anthropological information on how pre-civilized, indigenous cultures handled gender-related power, if at all.

Then we have domination. I believe that there can be leadership without domination. Domination grabs, holds and tries to increase and maintain control and power. Since the drive to dominate is also a trait of psychopaths and narcissists, I wonder if the presence of domination as a part of contemporary, industrialized civilized culture is something that has been imposed by these human predators. Is it possible to move the world to a more feminine archetypal culture where the values and rules are more bottom up, where domination is treated as an undesirable, inappropriate, perhaps even illegal behavior or trait, where the bottom-up characteristics described at the beginning of this article are embraced as positive cultural values, mores, even rules.

Back in the early eighties, when I became interested in Positivity-- an approach to psychology now described as positive psychology-- I worked on exploring a model based on the idea that psychology had been, for over 100 years, primarily focused on identifying and fixing pathology. I asked and explored the question-- How much can you do to help heal people, help to make them stronger and happier and robust, solely by using positive interventions and approaches, teaching positive skills. I never said that using the pathology-based approaches should not be used-- diagnoses, treatment, psychotherapy based on pathology models-- but I wanted to explore the potential that positive approaches could have, on their own or/and combined with the pathological approaches.

I think the same kind of question can be applied to bottom-up values, practices, behaviors and teachings.  The catalysis of the bottom-up revolution is well under way thanks to the web and smart phones. We see the biggest new corporations based on bottom-up ideas and technologies, and we are seeing revolutions enabled by bottom-up energies and technologies.

Yet we have inherited a top-down collection of systems, politics, economic models (predatory capitalism) constitutions, histories, governments that are built upon tenets of domination, patriarchy, inequality, hierarchy, centralization and other top-down characteristics. There are top-down power-holders invested in that system. They've inculcated the masses through the mainstream media they own.

That gives us  a growing plague of unaccountable billionaires and out-of-control corporations buying, with their financial and influence power, whole governments, political groups, heads of state and religious groups.

I wonder how much of our current civilization exists because of the predators among us and from our past.

I could go on. I'm writing a book about bottom-up. But I'm hoping some of my readers will have some insightful comments, and perhaps know of or dig up some relevant research and commentary.

BTW, I've also been reading some of the works of James C. Scott, such as Domination and the Arts of Resistance, and John Raven's The Emergence of Hierarchy, Domination, and Centralisation  Reflections on the Work of Murray Bookchin

Rob Kall is the host of the Rob Kall Bottom Up Radio Show, WNJC 1360, where he discusses how the bottom up mind and bottom up revolution are reaching different areas of the world, of life, of politics, business, society and anywhere else.

Rob is founder and site architect of (more...)

There's A Bottom Up Tidal Wave Underway. Will You Surf It? (2033 views)

Public Speaking from the Bottom Up (601 views)

To View Comments or Join the Conversation:

Most Viewed of all Articles
(in the last 7 days)

Russell Means on the Great Paradigm Shift: the Rise of Matriarchy and Collapse of Patriarchy (w/Videos) -Mac McKinney

There's A Bottom Up Tidal Wave Underway. Will You Surf It? -Rob Kall

Public Speaking from the Bottom Up -Rob Kall

Go To Top 50 Most Popular